This repository contains some of my plugins for ChilloutVR using BepInEx 6.

To install, just follow the BepInEx guide for Unity games for windows. After that just drag'n'drop the DLLs into the BepInEx/plugins folder.

I encourage you join the CVR modding corner discord server if you need help or are interested in modding the game.

No warranty is provided for these plugins, and they're provided as-is. Please have a look at the source code & build from source for maximal safety. I also recommend mirroring this git repository if you want to make sure you always have access to the source code.

As far as I'm aware, the CVR devs allow modding to some extent now. This doesn't mean though that they endorse the mods by me or that I'm in any way representing or affiliated with CVR or Alpha Blend Interactive. It's up to you to make sure that you're following their rules & TOS, as I am only providing the code for my plugins and nothing else.

If you want the feature enough to get the plugin for it, you should probably also go upvote the feature request if there is one.

A simple plugin to skip the intro scene automatically.

A plugin to allow customizing the colors.

Menu related patches probably won't be added before CVR rolls out their new menu system. And maybe that'll make this plugin not need to implement them if it's natively supported.

Allows you to toggle to a third person mode with a keybind, and zoom in and out with your mouse scroll wheel.

A plugin to allow for some desktop mode keyboard rebinds, since the game does not include it as a feature.

Please note that the defaults are what I prefer, and for example have F1-8 rather than standard 1-8 for Gestures&States&Emotes. You can change the keys back easily by changing F1 to Alpha1 and so on in the config file.

The currently implemented keys are:

A plugin that allows changing your flying speed.

A plugin that allows rotating your own avatar whilst in flying mode.

Ever wanted to rotate items in desktop mode? Well now you can with this plugin! With configurable rotation speed and keybinds.

A plugin for logging things, to help figuring out the cause of Malicious Activity.

An example use case would be to get the last change before you crashed. Since if a lot of people crashed at once, it's probably a fault of the most recently loaded thing. Then you'll at least have the ID's of the avatar and the user who changed into it.

Adds more features related to content filtering. Currently it only has an option to feature spawn audio.

A library plugin for other plugins to use. Mainly supposed to help making mods more wholesome easily, leading to less code repeat & complex code needing to be implemented only once.

It's still under heavy development, I'd suggest others don't rely on it yet, as I'm trying to figure out what are the most useful & required abstractions.

Alternatively you can try to open the folder in Visual Studio, but I cannot provide help for using that. If you do want to improve the situation, do feel free to contribute!

Why BepInEx and not MelonLoader

If you're asking: "MelonLoader is the tool used with VRC modding, so why not use it for CVR too?"

While it's a great tool, it requires .NET framework. Which is not available for linux. I can actually build my plugins on Linux with BepInEx and run them without needing to do wineprefix trickery. 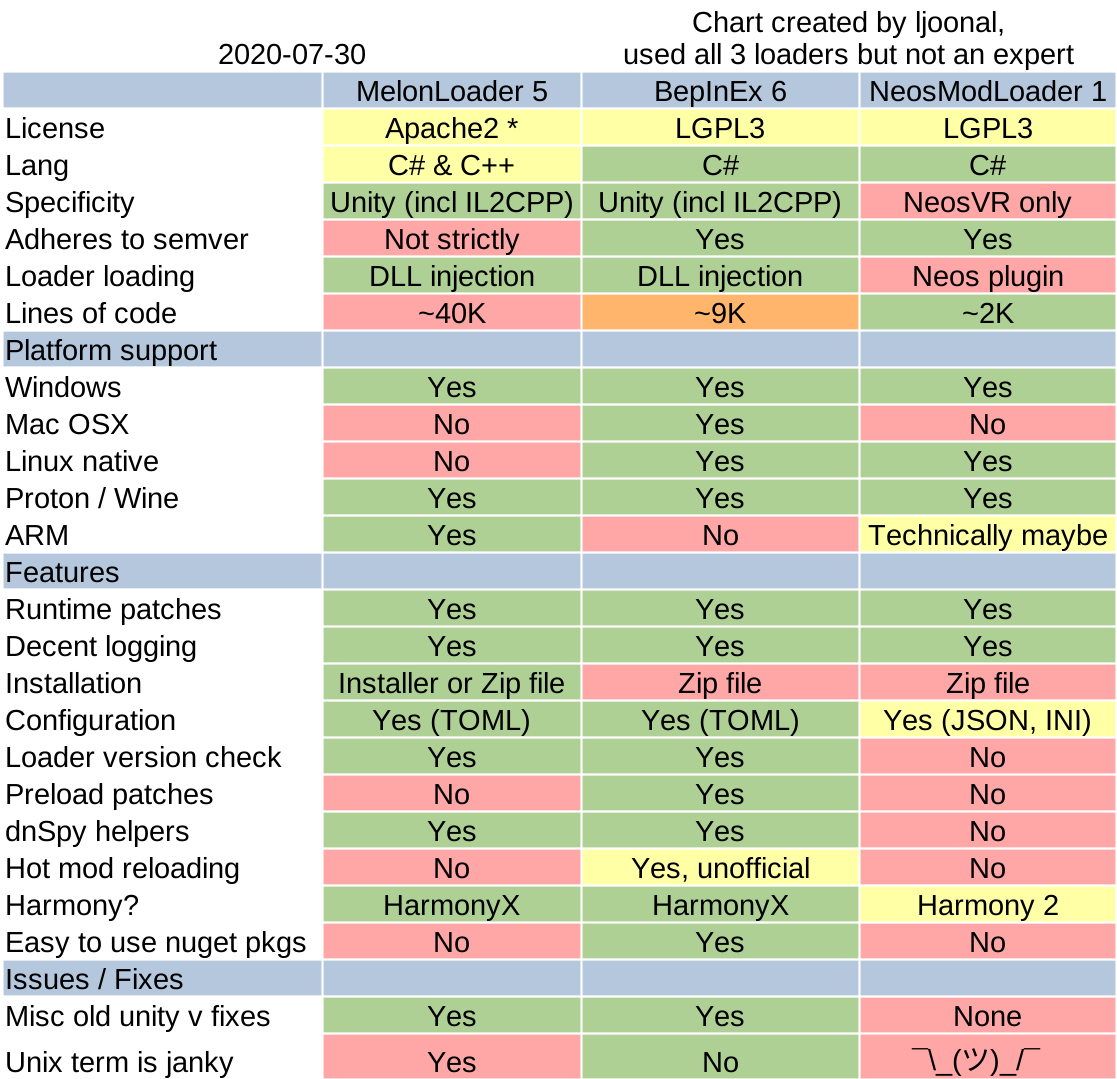 Contact me on the modding corner Discord, elsewhere, and/or possibly send me git patches if you've already written any code that you'd like to get merged.

Also if anyone from the CVR team is reading this, do feel free to get in touch! I tried to email you a few times but stopped after never hearing a reply.